The Seattle Elks Lodge No. 92 was instituted on July 12, 1888, with eight members at the Bijou Theater on 2nd Avenue South. Washington State was granted its statehood more than a full year later on November 11, 1889.

The Frye Opera House, shown here, was the Lodge’s first home and was destroyed along with all the early records in Seattle’s “Great Fire” of June 6, 1889. 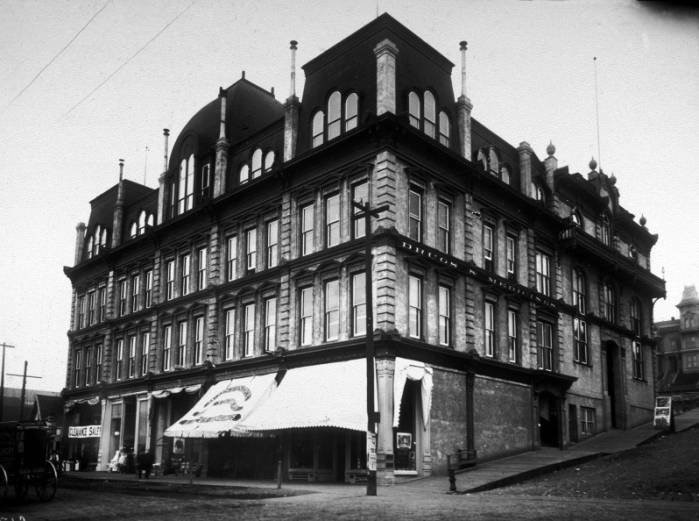 After the fire, the lodge secured quarters in Belltown, then temporarily to an old church building on Second Avenue (near Columbia St.), and from there to the top floor of the Odd Fellows Building, staying there until 1902.

In 1905, the Seattle Elks moved to the top two floors of the newly-built Alaska Building, at 618 2nd Avenue, and stayed there until 1914. Formal discussions occurred in 1908 to build an Elks temple of their own. 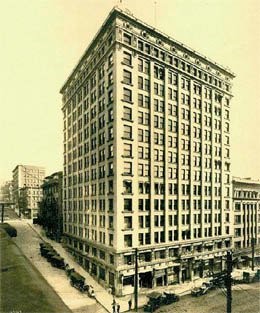 The Seattle Elks No. 92 Temple was built at 1001 Fourth Avenue beginning in 1913 at the southwest corner of Spring Street and Fourth Avenue. Three floors were reserved for members’ living quarters and, aside from rented shops on the street, the rest of this nine-story landmark was used for lodge activities. The basement and sub-basement had a Turkish bath, bowling alleys, and a big swimming pool. The Lodge Room on the top floor had a pipe organ and also was used for social events. The temple was opened on May 21, 1914. The lodge sold its Fourth Avenue quarters in 1958. The building was demolished to prepare for the construction of the Seafirst Bank tower (now Safeco Plaza) in 1966. 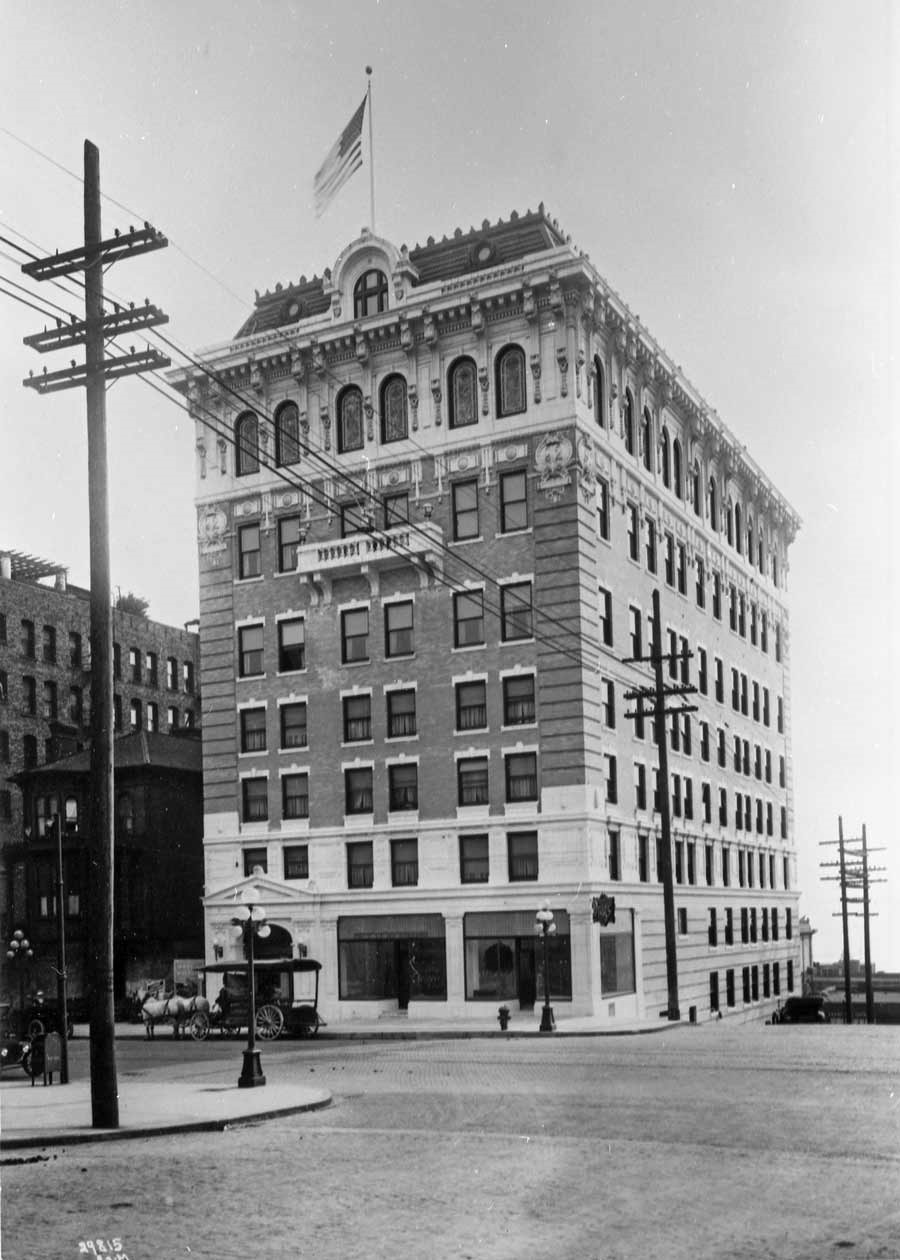 After leaving 1001 Fourth Avenue, the Seattle Elks created its home on the west shore of Lake Union at 2040 Westlake Ave N, in an attractive mid-century modern building, opening in 1961. In later years, the lodge consolidated its operations into the building’s basement, sold the building in the late 1970s, but remained there until 1994. China Harbor restaurant and other businesses are currently located in the building. 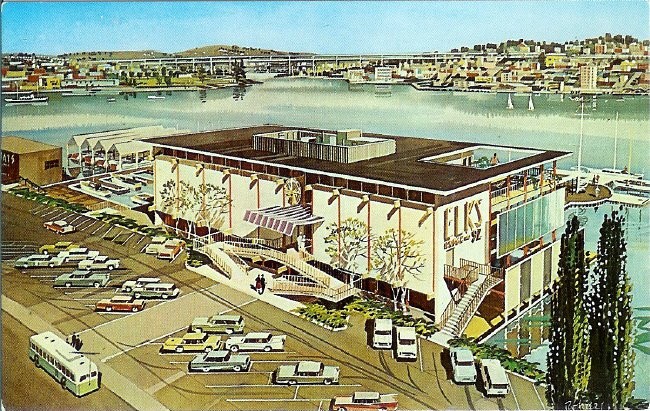 In early 1994, the Seattle Elks purchased the former Bloch’s restaurant building in Lower Queen Anne at 301 Queen Anne Ave North, with a workout gym in the basement, a banquet room on the ground floor, and a meeting room and bar on the second floor. The lodge was dedicated in 1995 when visited by the Grand Exalted Ruler. In mid-2014 the lodge accepted an offer to sell the building, and operations ceased at the end of November 2015. At that point, Seattle Elks No. 92 had no home, but members were welcomed at other area lodges in the meantime. 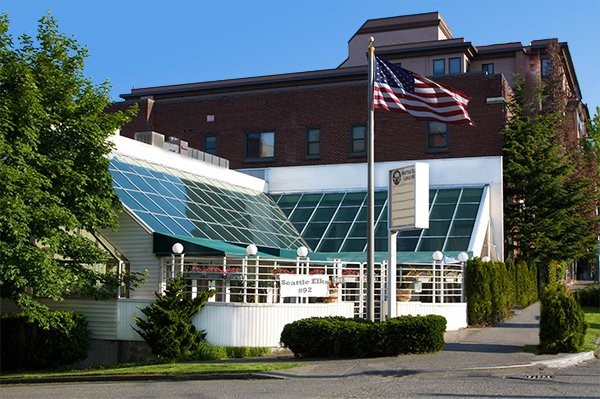 The lodge we proudly occupy today at the northern end of Queen Anne was purchased in July 2016 and opened in October of the same year. The lodge quarters occupy the former Ponti Seafood restaurant at 3014 Third Avenue North. We have fully renovated the existing building and have added an upper level of banquet facilities and an upper-level Ship Canal view deck. 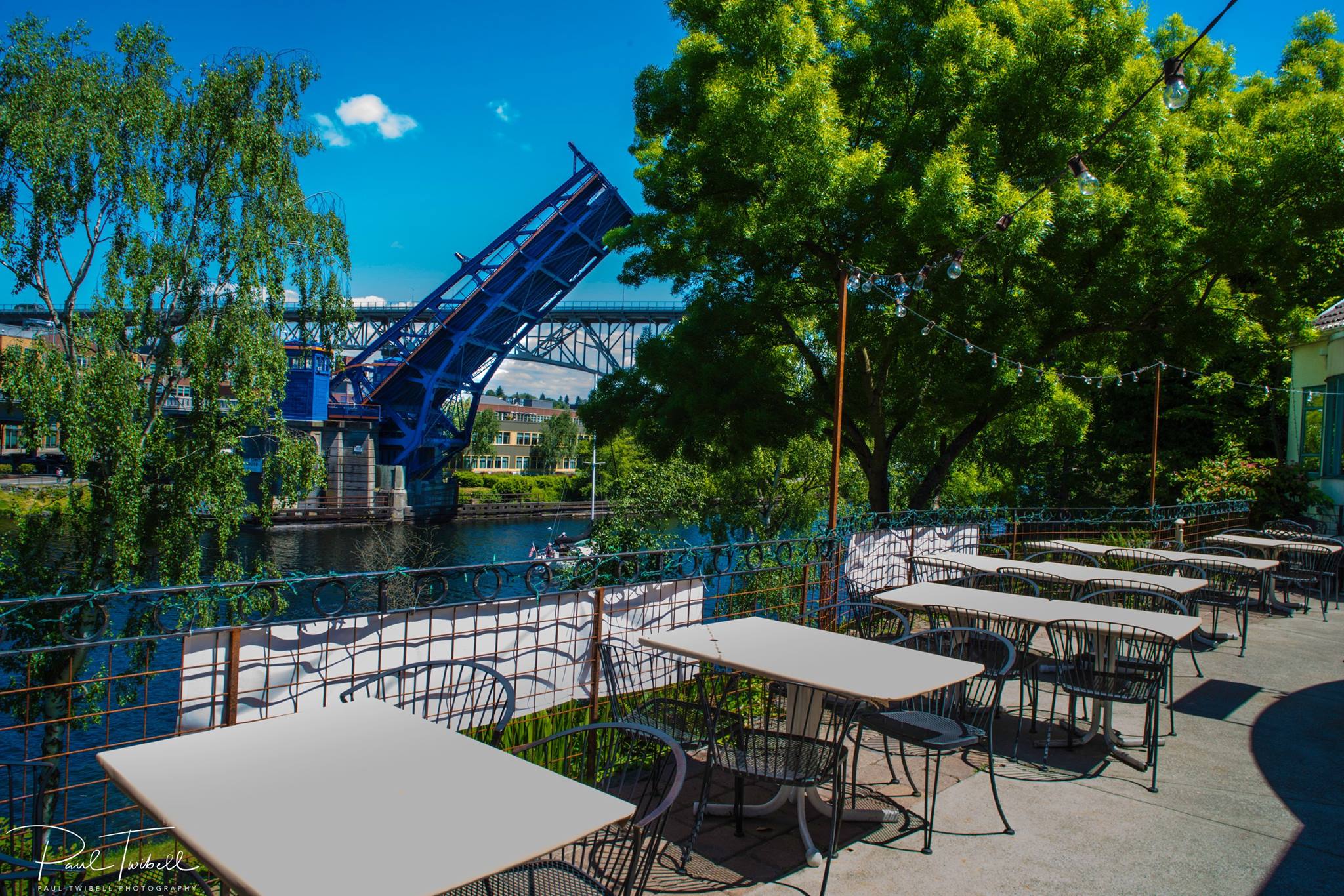